TCB was awarded the Rock Slough Fish Screen Improvements project
in June of 2020.  The project scope had multiple subprojects of work
to be performed, one being screen cleaner modifications on their trash rake system.

The modifications to create a sweeping system for the Rock Slough Fish Screen included the fabrication of three new rake heads with brushes.  Team TCB removed the existing rake heads, and replaced them with the newly fabricated rake heads. All four hydraulic power units for the rake heads were disassembled and rebuilt with new components. Four updated oil coolers were installed and improvements were made to the railing system by performing weld repairs in areas that were showing wear.  A new pulley system was installed with alterations to the sheaves and wire rope to support the new rake head design.  TCB partnered with Brooke Electric of El Dorado Hills, California to perform the electrical work and installation of new HMI screens at the Rock Slough Fish Screen Facility. 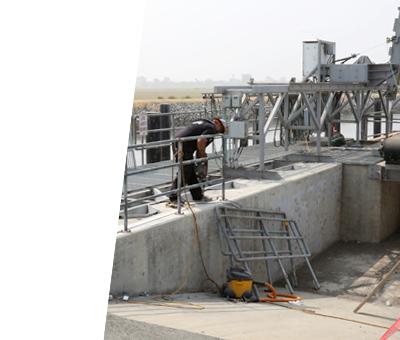 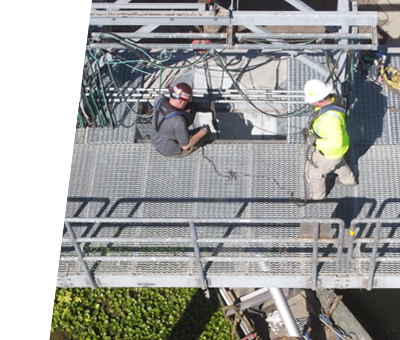 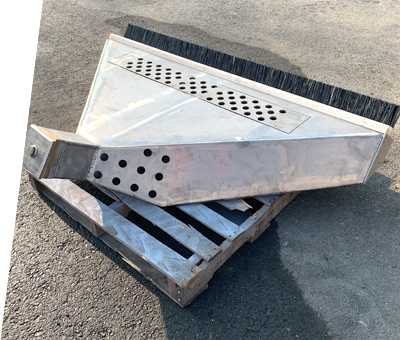 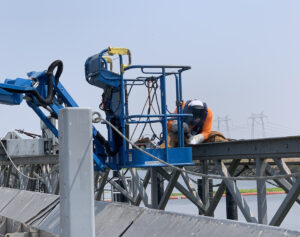 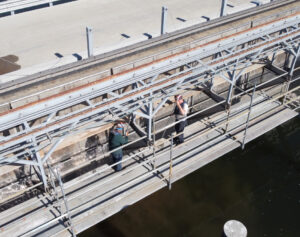 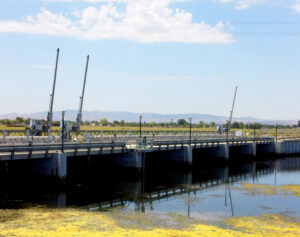 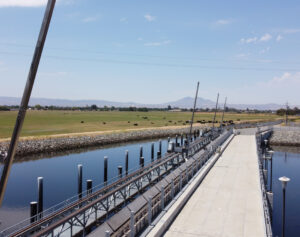